Understandings:
• Photosynthesis is the production of carbon compounds in cells using light energy.
• Visible light has a range of wavelengths with violet the shortest wavelength and red the longest.
• Chlorophyll absorbs red and blue light most effectively and reflects green light more than other colours.
• Oxygen is produced in photosynthesis from the photolysis of water.
• Energy is needed to produce carbohydrates and other carbon compounds from carbon dioxide.
• Temperature, light intensity and carbon dioxide concentration are possible limiting factors on the rate of photosynthesis. 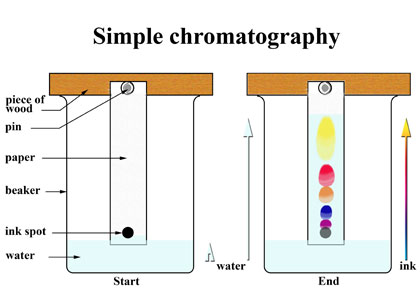 Skill: Design of experiments to investigate the effect of limiting factors on photosynthesis.
Water free of dissolved carbon dioxide for photosynthesis experiments can be produced by boiling and cooling water.

​Aim 6: Hill´s method demonstrating electron transfer in chloroplasts by observing DCPIP reduction, immobilization of a culture of an alga
such as Scenedesmus in alginate beads and measurement of the rate of photosynthesis by monitoring their effect on hydrogencarbonate indicator
are all possible experiments.

simulation experiment with light on elodea
Virtual lab with variables