1) In glycolysis, glucose is converted to pyruvate in the cytoplasm.2)  In the Krebs cycle, the oxidation of acetyl groups is coupled to the reduction of hydrogen carriers,
liberating carbon dioxide.3)  Transfer of electrons between carriers in the electron transport chain in the membrane of the cristae is coupled to proton pumping.
The structure of the mitochondrion is adapted to the function it performs.

• Skill: Analysis of diagrams of the pathways of aerobic respiration to deduce where decarboxylation and oxidation reactions occur.

• Skill: Annotation of a diagram of a mitochondrion to indicate the adaptations to its function.

Guidance:
• The names of the intermediate compounds in gylcolysis and the Krebs cycle are not required. 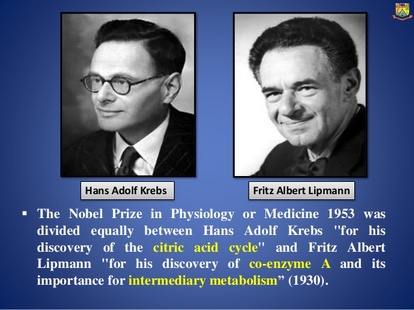 Theory of knowledge:
Peter Mitchell’s chemiosmotic theory encountered years of opposition before it was finally accepted. For what reasons does falsification not always result in an immediate acceptance of new theories or a paradigm shift?